This was our trip of the year. We have both always wanted to be on an inaugural sailing and we booked this trip before they started building the ship. Hannah and Brett were do to join for the whole trip but due to a scheduling conflict for Hannah at work they had to forgo the cruise and just meet up with us in Miami. However, they kindly drove us to the port.

I was already in London for my last week at work and Bruce flew down from Scotland and we all met at Heathrow for the journey to Southampton.

We had a quick journey to the port and they left dropped us off and we made our way inside. After a few formalities we were through security and on board the Norwegian Escape. 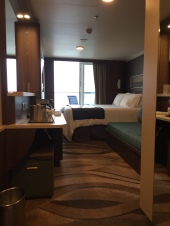 This was a long time coming and first thing we did was head to our cabin so we could drop our stuff off before we started exploring. We had a balcony for this cruise and it was pretty cool as it was a “bump” balcony so it had a little bit of extra space. The weather was poor for most of the trip until about a day before we arrived in Miami so we did not use it as much as we hoped, but it was nice to have the door open when we could.

A View from our Balcony in Southampton

Now we were on board for 10 days so instead of a day by day, I am just going to share what we did.

But before I do that, I want to mention how we met Debbie and Laura. I am part of Cruise Critic and on some of our cruises we will go to the meet and greet. This was one of those trips and these two were at the same table with us. We all got to chatting and next thing you knew we were doing stuff together the whole cruise and they were really fun to hang out with. It was also because of them we did some of the stuff we did whilst on board, like Brat Pack and Howl at the Moon.

A few shots from the middle of the atlantic.

The Escape is the newest NCL ship with a lot of venues and restaurants to visits. Overall the ship was cool, but service at times was slow and the thing we heard most often was “I’m sorry we just ran out of that” even just after boarding. Would you believe the whole trip they did not have any Sauvignon Blanc by the glass and by the end of the 10 days most everything was out.

The Supper Club – We visited the supper club twice. The first was for a haunted house the ship put on for Haloween which was pretty cool even if they didn’t follow their own rules like don’t worry no one will touch you.

The second visit was for real when we saw For The Record™: The Brat Pack Live At The Supper Club, which is a musical mashup of all of the John Hughes Bratpack movies. Whilst the food left a bit to be desired, the show itself was great and one of the best I have seen at sea. I will say if you are going to see it, be sure to get one of the back rows as the show happens all around you and it can be difficult to see parts of it if you are seated near the stage.

The Garden Cafe – This is the buffet and it was pretty standard but had a really nice  layout and good selection of stuff. They even did it up for halloween. 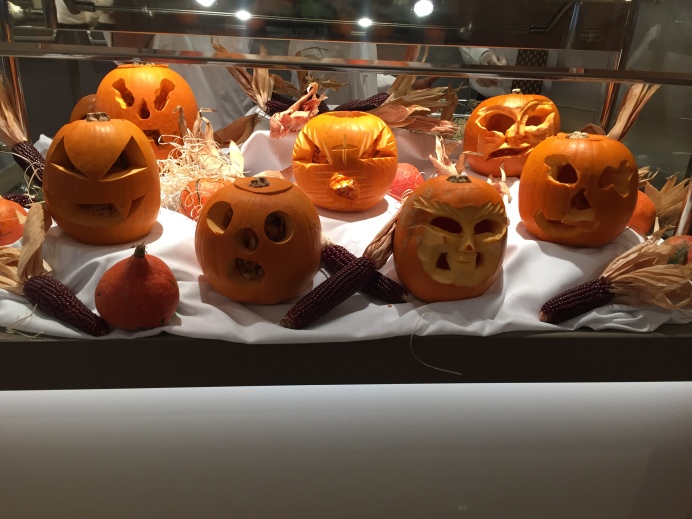 Margaritaville at Sea – This is the first one at sea and it was included on our trip so we ate there a few times for lunch and once for Breakfast. The food was good but the service sucked.

Headliners Comedy Club – We spent a few nights in here watching Howl at the Moon. This is where dueling pianos and comedy meet and we really enjoyed each visit. They take requests and suggestions of what to play next. What is the difference between a request and suggestion… a request includes some cash or a shot.

This picture also includes the Tenors of Rock who joined the Howl at the Moon guys for a few sets.

Bars of The Waterfront located on Decks 678 – There were several places to visit including the 5 o’Clock somewhere bar, Tobacco Road, Sugarcane Mojito Bar and the District Brew house.. Quite frankly all of these (except 5 o’Clock Somewhere) were a bit of a disappointment because either the drinks were just eh or in the case of The Cellar Wine Bar and the Brewhouse, they were out of wines or beers we wanted to try. 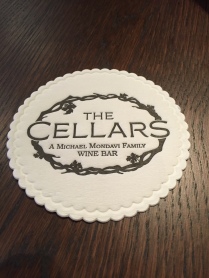 Restaurants of The Waterfront located on Decks 678 – All of them were very good. Food Republic was probably the standout for us. Good service on every visit and something a little different to eat. Cagney’s is normally pretty good and it wasn’t too bad, other than service, but it was not as good as previous visits on other ships. The real standout for us was La Cucina, which is the Italian restaurant on board. There was a new menu for this trip and it did not disappoint. We went twice, once on our own and once with the Girls.

O’Sheehans – This is the 24 hour restaurant onboard that is similar to the Blue Lagoon on some of the ships. It was our first experience with O’Sheehans and it was ok. The service left a bit to be desired but the food always came quick and was good.

MDR’s (Taste & Savor) – Overall the dining was good onboard and the service was ok. Only once did it wow us. We never had to wait for a table so that is a plus right.

Water Slides and Ropes Course – I did both of these whilst Bruce read his book. I am scared of heights but thought the ropes course could be fun. Whilst it was fun it scared the shit out of me and I did not spend too much time up there. The water slides however were pretty cool, I only went on the tube slide which had a clear bit that went over the side of the ship. As it was cold and wet it was only me up there, but I enjoyed it and was able to go for a few runs.

Spice H20 – was a nice area on Deck 17 AFT which is an adults only outdoor area which includes a massive screen and a bar. I think it would have been great if they would have shown a movie or something on the big screen. Instead it was just photos of different places around the world.

Escape Theatre – They had a few things on here, we played Bingo in here the most, but I also saw After Midnight which really did not do it for me. But Laura knew one of the managers in the theatre so we were able to get a pretty cool back stage tour. It was quite amazing! We also saw Tenors of Rock in here which was a special for the cruise. They are a all male group form the UK and they were pretty good.

Cabin Crawl – One of the Cruise Critic events that we attended was the cabin crawl which was pretty cool as we got to see every type of cabin on the ship from an Inside to a Two room suite in the Haven.

Between days 2 and 3, one of the other people on board had a medical emergency of some sort which required us to change course and head towards shore. The next thing we knew a Spanish Navy Helicopter was overhead and an at sea medevac took place. I have to say it was pretty damn cool to see, but I hope to never have to worry about it.

So that was the main parts of the trip. Overall we really enjoyed it and so happy we met the Girls as they really helped make the trip a lot of fun.

The cruise finished in Miami and what should have been an easy disembarkation was a total shambles. It took us almost two hours and the whole process was truly a cluster from actually getting off the ship to finding our bags and immigration.

Our view when we arrived in Miami…

The next post will be our 36 hours in Miami!